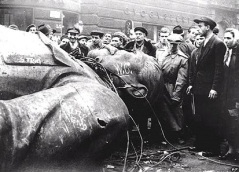 In the words of then-Senator John F. Kennedy, ‘October 23, 1956 is a day that will live forever in the annals of free men and nations. It was a day of courage, conscience and triumph. No other day since history began has shown more clearly man’s eternally unquenchable desire to be free, whatever the odds against success, whatever the sacrifice required’. One of the most memorable events of that day, the first of the short-lived Hungarian Uprising, was the scene of revolutionaries ripping apart a loathed statue of Stalin in Budapest. By the end of the day only his boots were left, in which were planted a Hungarian flag.

50 years later, on the spot where the statue of Stalin had once stood, the Hungarian government unveiled the Monument of the 1956 Revolution. This formidable sculpture is made up of 1,956 steel posts, initially rusted and scattered randomly, before converging to form a highly-polished sharp wedge, intended to symbolise national unity and defiance against oppression.

Yet an artwork that should have brought the Hungarian people together instead provoked a rift, as the familiar Cold War battle between abstract and realist art was reawakened in 2006. Supporters of the monument speak warmly of its comparison to the Vietnam Veterans Memorial in Washington, DC, which also divided opinion when first opened but is now widely celebrated. But many veterans of the failed revolution, who suffered vicious reprisals after the Red Army finally overcame the street fighters on 10 November 1956, expressed their dislike for the abstract memorial and favoured a figurative scene of heroic revolutionaries. The debate is still very much alive today. 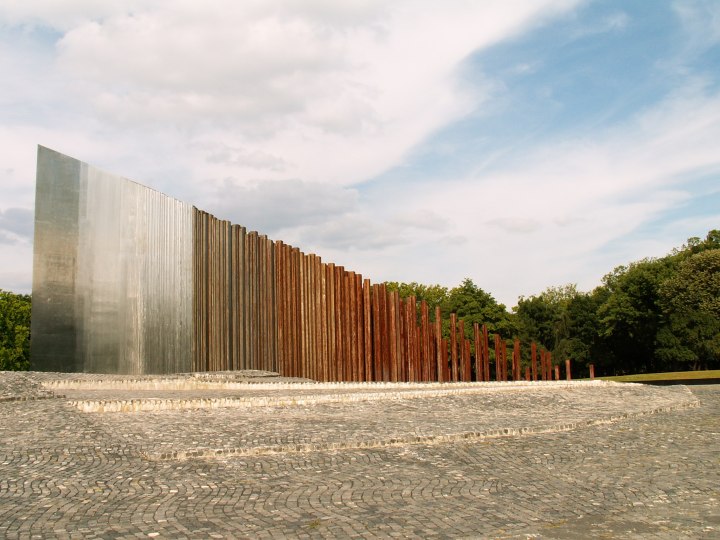 4 thoughts on “Uprising Against Hungary’s Sculpture”