In 2007 British-Polish photographer Ilona Karwińska launched a pioneering project to record the disappearing world of Poland’s Cold War neon signs. Over the last 6 years the initiative has grown ever larger as Karwińska’s work has tapped into the zeitgeist for Cold War culture.

Her photographs recount post-war Polish city streets bathed in the light of dazzling socialist messages and whimsical illustrations. Under Poland’s Communist regime, the state-run advertising company Reklama held a monopoly on exterior advertising and maintained up to 1,000 signs across the country. Often created by renowned designers, artists and architects to form an integral part of the buildings, the mesmerising and playful neons were sparkling ornaments that decorated otherwise drab and oppressive cities. 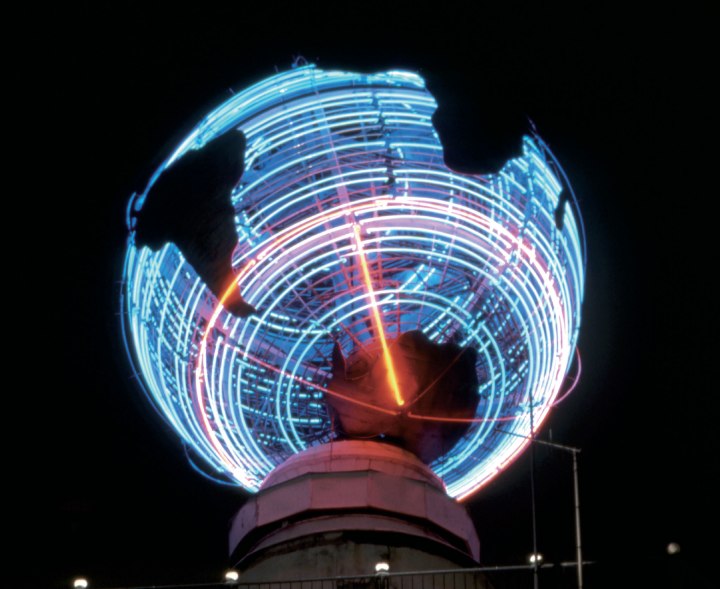 Since May 2012 Karwińska’s photographic collection has found a permanent home in the Neon Muzeum in Warsaw. Here Karwińska continues her work to photographically document the history of Poland’s illuminated advertising. The museum also currently holds 50 signs that have been rescued from destruction.

Alongside Karwińska’s dramatic photographs, the book Polish Cold War Neon contains archival images, original designs and interviews with the designers, to chart the fascinating history of this unique urban typography. Some examples of the Karwińska’s photographs are also available to view online in galleries at Retronaut and The Guardian.