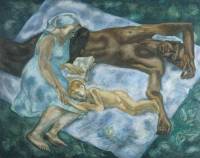 At London’s Somerset House Viktor Popkov: Genius of the Russian Soul is currently highlighting the work of one of the USSR’s most acclaimed artists. As one may expect of an exhibition that forms part of the UK-Russia Year of Culture, the curators are keen to present these classics of Socialist Realism as much more than propaganda.

Viktor Popkov was born in 1932 and the start of his artistic career coincided with the heady days of Khrushchev’s Thaw, when Soviet artists began to tentatively test the limits of Socialist Realism. Popkov was one of the pioneers of the ‘Severe Style’, which attempted to adhere to the requirements of official art while experimenting with greater freedom of expression and more personal themes.

Many of the forty paintings at Somerset House have never before been on public display in the UK, and the exhibition emphasises their humanity and romantic tones in an attempt to “provide a refreshing perspective of Russian art to a western audience more familiar with the propagandist works of the Soviet era”.

The exhibition continues daily until 18 June 2014, with late night opening every Thursday. 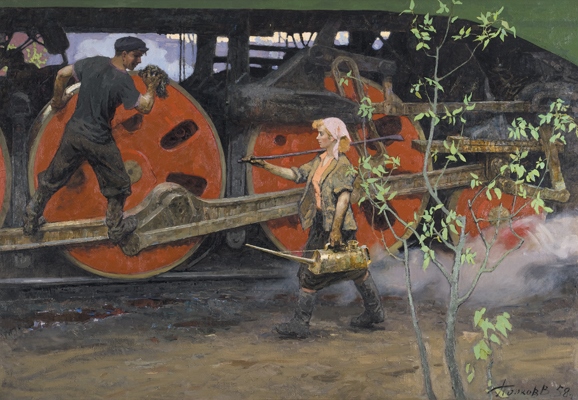 3 thoughts on “Exhibition of the Month: Viktor Popkov: Genius of the Russian Soul”