Recently the public got its first glance inside Albania’s most important Cold War era bunker, located just outside the Albanian capital of Tirana. Built 100m below ground between 1972 and 1978, the top secret complex boasts 106 rooms over five storeys. It also features a bedroom with red satin sheets for former communist dictator Enver Hoxha, as the bunker was intended to house the government in the event of a nuclear attack by the West.

Such was Hoxha’s paranoia that over the course of his 40-year rule he built some 700,000 bunkers across Albania. A team of enterprising students is currently planning to convert those along the coastline into a series of “bunker-and-bed” hostels for adventurous tourists.

Bunkers and nuclear shelters abound across the former Soviet Union and Eastern Europe, from Bunker-42 next to Taganskaya metro station in central Moscow to Military Installation D-0 in Bosnia and Herzegovina.

Underground bunkers were also built in both halves of Germany, with the Government Bunker (Regierungsbunker) south of Bonn intended to house the West Germany government, while Bunker 17/5001, in a forest north of Berlin, was set to protect the East German government of Erich Honecker.

Chairman Mao built a series of nuclear bunkers, including beneath a mountain in Ruichang in the 1960s. Bunkers under mountains also proved popular in the United States, with a number of massive military complexes built in the 1950s. These include the “underground Pentagon” at the Raven Rock Mountain Complex in Pennsylvania and the Cheyenne Mountain Complex in Colorado. 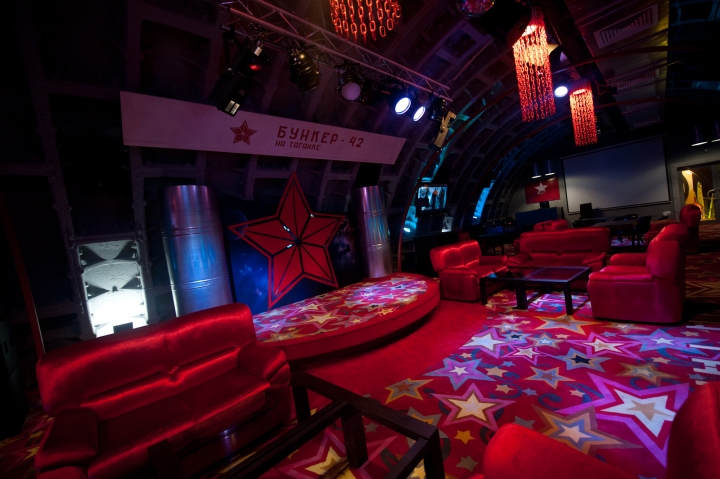 ESPIONART has previously reported on Ottawa’s so-called Diefenbunker. On the other side of the Atlantic Ocean, nuclear paranoia resulted in bunkers springing up across the United Kingdom, from York Cold War Bunker, now managed by English Heritage, to the secret network of Cold War bunkers underneath Birmingham. Groups such as Subterranea Britannica are dedicated to recording and photographing these locations while across the world they are being reimagined as museums, hotels and restaurants.

So next time you’re looking for a day or evening out with a difference, it’s worth checking where the nearest Cold War bunker is to you. You may be standing directly above it.