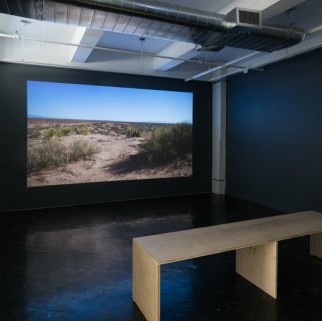 As the Soviets dramatically stepped up their nuclear weapons programme in the 1960s, the US government showed a willingness to take calculated risks with its atomic arsenal in order to maintain arms race superiority over its Cold War adversary. With some of America’s nuclear test sites situated close to the northern and southern borders, concerns were raised in classified documents that missiles could drift into neighbouring countries … END_OF_DOCUMENT_TOKEN_TO_BE_REPLACED

The Romanian Revolution from 16 to 27 December 1989 swept Nicolae Ceaușescu from power and brought an end to 42 years of communist rule. While 25 years have now passed since that tumultuous fortnight a number of Romanian artists continue to explore their country’s struggles in the aftermath of revolution. Once such artist is Ştefan Constantinescu. Born in Bucharest in 1968, Constantinescu experienced first hand the daily grind … END_OF_DOCUMENT_TOKEN_TO_BE_REPLACED

Throughout August the Shiva Gallery at New York’s John Jay College of Criminal Justice continues to bear witness to the political violence that blighted Latin America in the 1970s and ’80s. Its current exhibition highlights artistic responses to the brutality of Pinochet’s Chile and military dictatorships in Brazil, Argentina and Uruguay. In paintings, photographs, installations and video work artist-activists including Juan Carlos Caceres, Rodrigo Rojas … END_OF_DOCUMENT_TOKEN_TO_BE_REPLACED

Sean Snyder is a contemporary American artist living and working in Berlin, Kiev and Tokyo. Acclaimed for his unique ‘research-based’ art, Snyder works predominantly in film and video to explore the role of images in the global circulation of (dis)information. This fascination has repeatedly led him to engage with the politics of images produced during the Cold War. Using montages and cut ups of content … END_OF_DOCUMENT_TOKEN_TO_BE_REPLACED