A recent exhibition at the Musée d’Art Moderne de la Ville de Paris highlighted the significance of Keith Haring as ‘a subversive, militant Pop icon’. The American artist used his apparently infantile and comic images of stick men and barking dogs to engage with challenging political themes as he campaigned tirelessly for social justice and the freedom of the individual.

Imbued with the street culture of 1980s’ New York, Haring’s paintings often expressed the dominant concerns of the Cold War, such as the threat of nuclear war, the preponderance of mass media and the dangers of rampant capitalism. The artist-activist was also an outspoken critic of racism, homophobia, drug use and ecocide. Towards the end of the 1980s Haring’s output became increasingly fixated on the theme of AIDS, before he sadly succumbed to the disease in 1990 at only 31 years of age.

From his subway sketches to his mural on the Berlin Wall, Haring frequently used the public space to deliver his messages. His energetic and humorous style and commitment to the democratisation of art continue to inspire new generations of politically-active street artists. 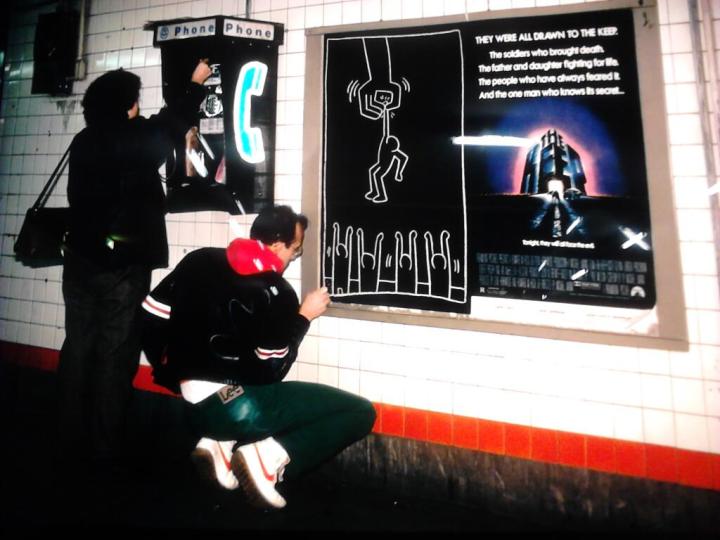